They are Hornets, not Bees 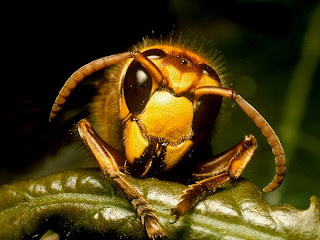